I began with a layout for a game UI, which had some issues. I mentioned some of these on my Behance critique earlier in class, feel free to review here if you like: Behance Critique.

Moving forward: my focus was on reducing clutter  and making the whole page  more inspirational. I tried to use color more wisely, and promote shadows and layers even in the background to draw more focus into the page: giving depth. This was done with moderate success I think. My main goal was to move the information away from the imagery in a way where it was still accessible, but didn’t get in to way of the experience.  I wanted the whole page to be a skim-able graphic. The UI sits around the graphics instead of on top of them. In this image the lower interface button has been selected: the cued UI elements spread outward and around the center of the page and collapse -disappearing- when not being used. This has a more interactive feel, and can be complex while still meeting my minimalist goals.

I made Icons to take the place of the written buttons. They communicate through images instead of words. This may take a few attempts on the users part to commit to memory, however this upfront effort is assisted with rollover tags to define the icon within  a couple seconds, and is well worth the intuitive navigation thereafter.

The entire project should run internally on two or three pages: swapping out pre-loaded graphics for a fast browser experience and quick load times. I was considering sprites maybe for this task? This would also optimize server load as the game will be hosted by a server and require no additional download by the user. Other pages will be additional websites linked to this page, such as forums etc.

I do have several proprietary ideas on how this game will differ from anything I have played or seen in the past, which in theory would give a competitive advantage in the beginning of development.

I will say: I am not a graphic artist, or a coding genius. So the likelihood that this layout meets all my goals is slim. I think however in 15 weeks to put this together is decent!

Side note: I am totally sold on Vectors now. I loved creating vector images for my icons. It’s like having a computer added imagination!

Thanks for a great semester. 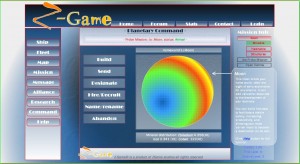 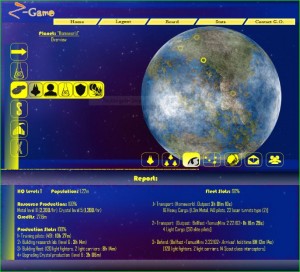