My original design was fairly bland. I had the dilemma of trying to look professional and straightforward while showing my portfolio work. I’ve been applying to many government jobs so I figured the easier and cleaner I could get, the better. In the end many people commented on how boring it looked and that it was completely forgettable. This was the worst reaction I could have — the entire intent of the design for a portfolio is to stick out and be memorable in the potential employers mind.

This was my original design: 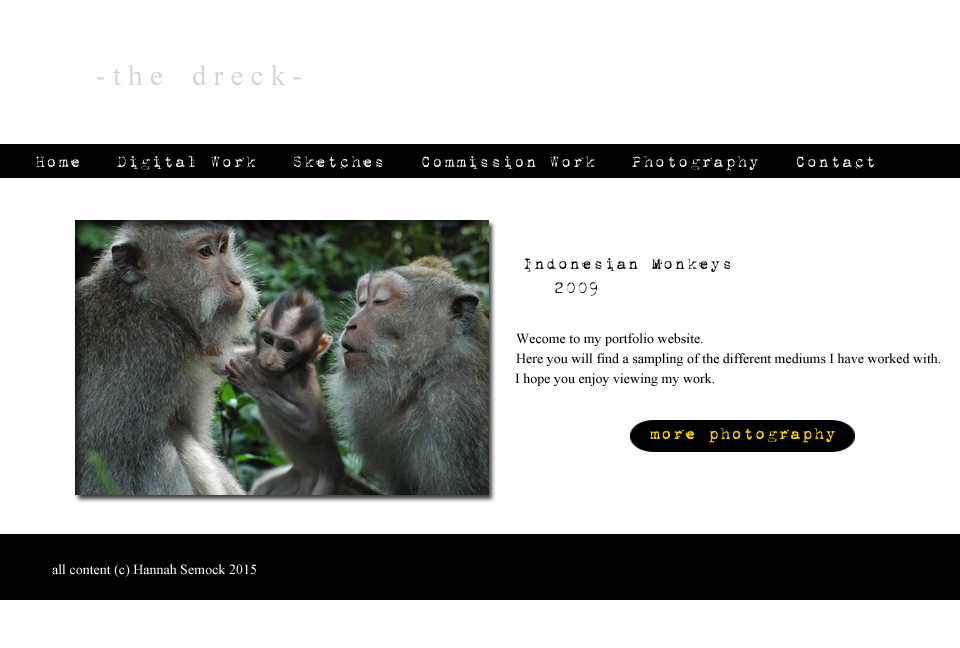 I decided my new design should show a bit more creativity, though I had a hard time trying to figure out what exactly that would be. My first though was to draw a picture involving a gaggle of cartoon aliens holding up signs. Each sign would contain a sample image of the portfolio subject and below would be the highlighted rollover link (I wanted to try and incorporate the Sprite Navigation as I thoroughly enjoyed the concept and practice). I toyed with other subjects holding up signs, but then I started worrying that the simple sketch might not be “eye catching’ enough.

My next thought would be a photograph that would include a sign. My first thought was to have a picture of one of my dogs with a piece of paper that would serve as the portfolio image. Dogs proved less than cooperative. I finally got usable pictures, but by then I was over it. 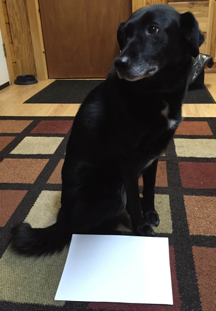 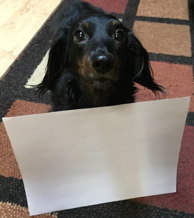 I enjoyed the thought of incorporating images to use as the main drive for the site so I started thinking about how I could use both images and the original idea of characters holding up navigational panels. When I spotted my Queen Alien action figure from the “Alien’ franchise, I knew what had to be done.

I decided to utilize my work desk as it came supplied with sticky notes and other various figures I have scattered around the workspace.

Picture taken I started editing. This is the original image: 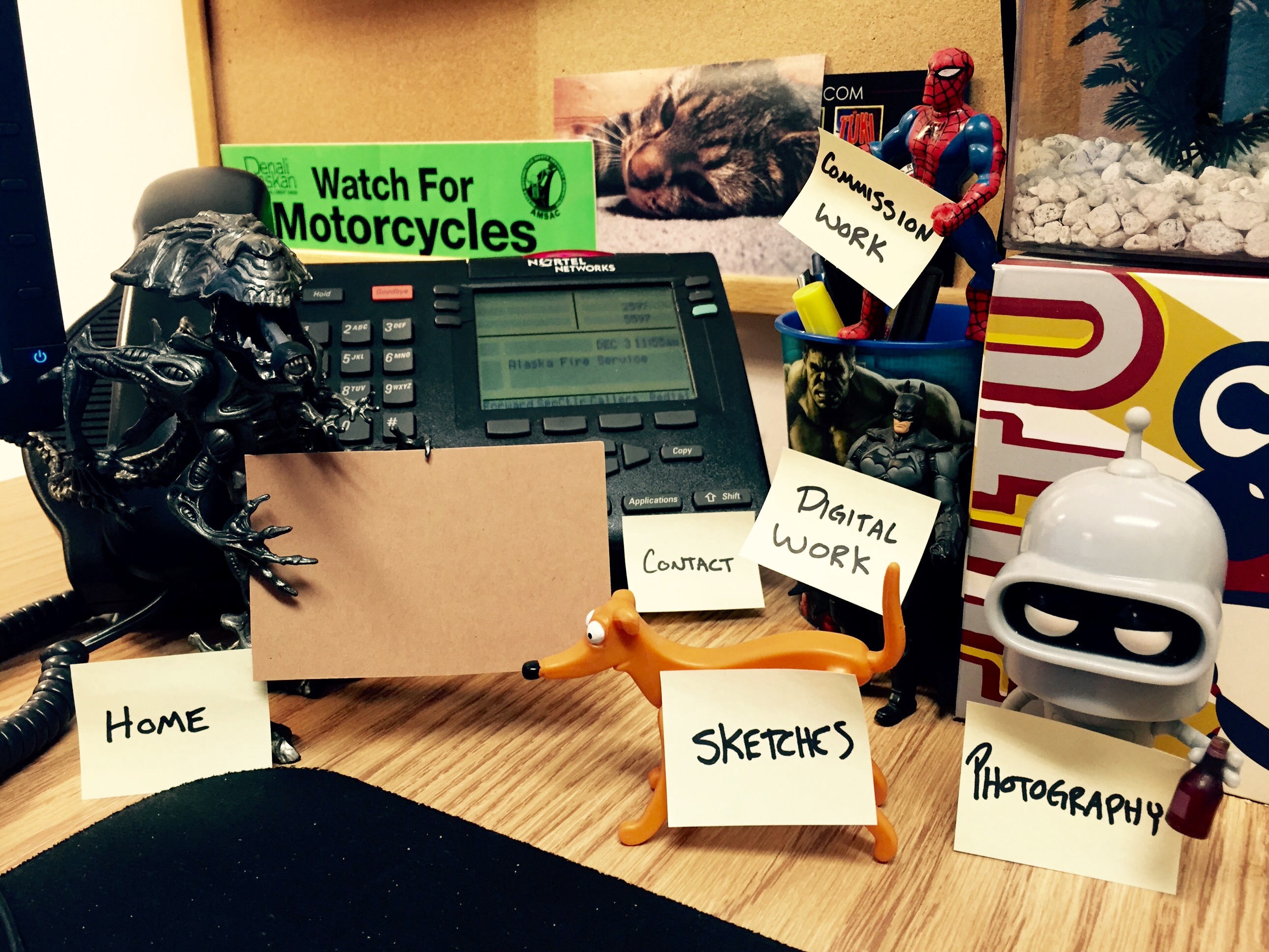 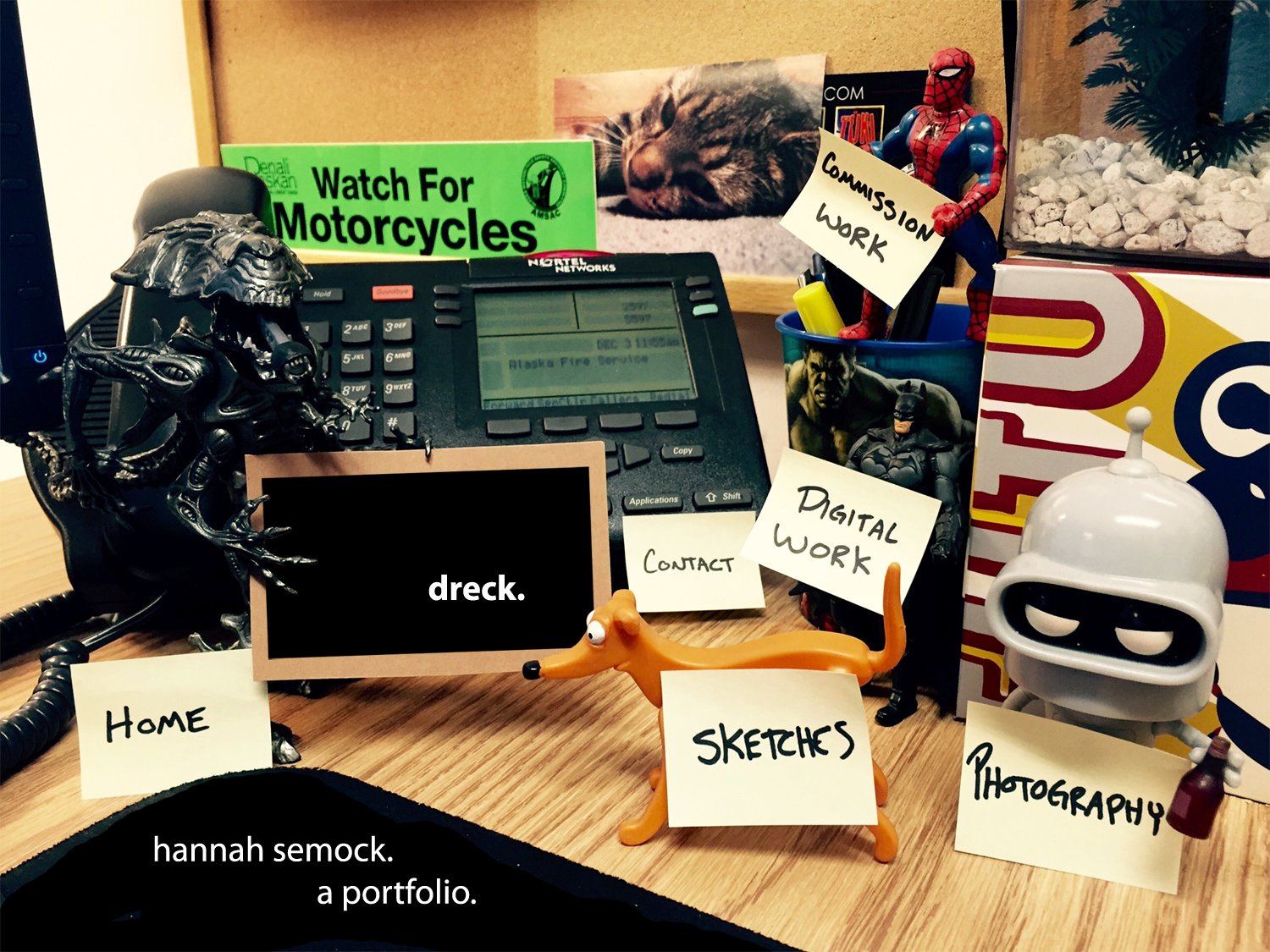 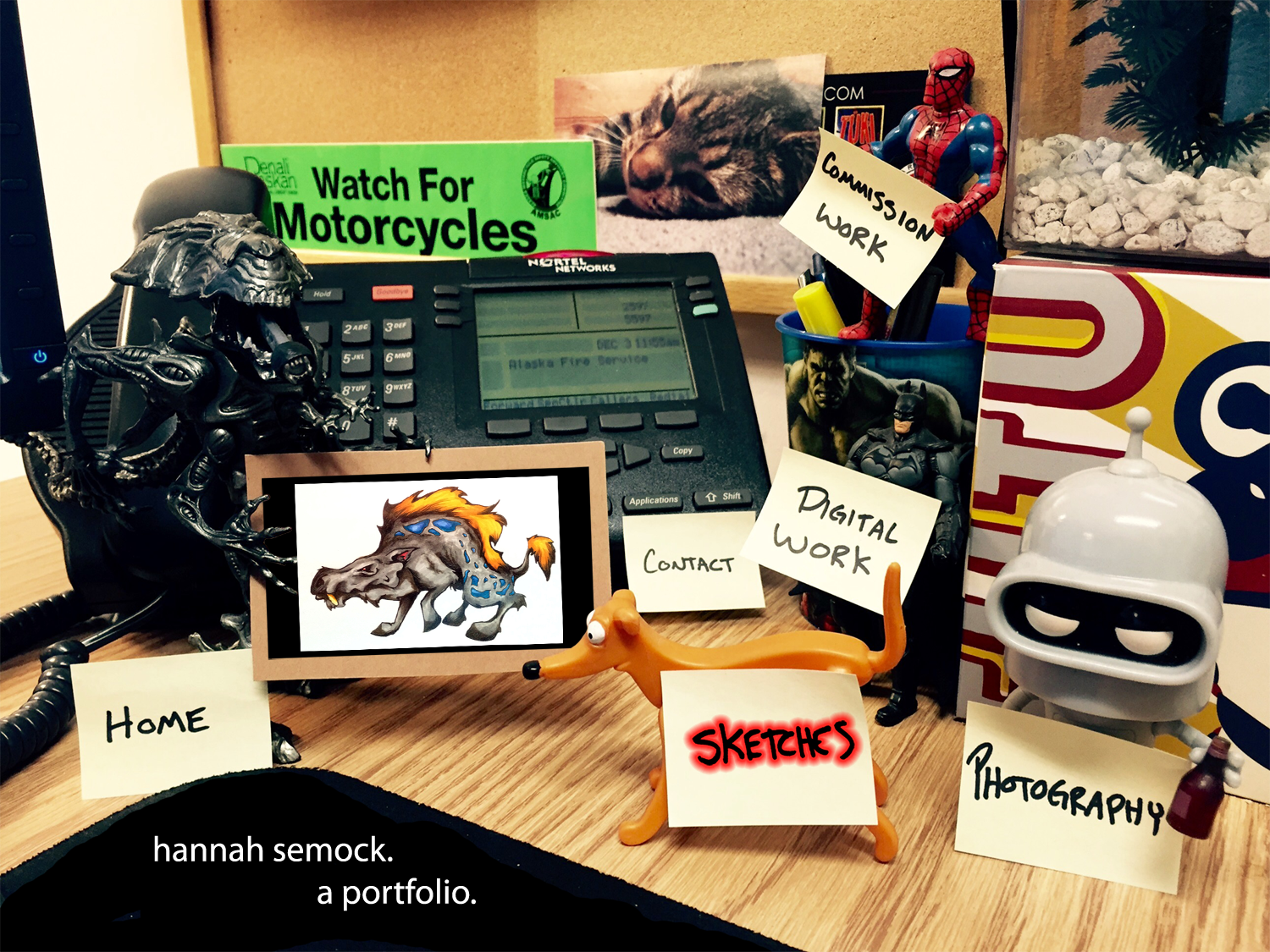 I decided against any banner as I thought it would interfere with the whole concept of the photograph layout and I wanted everything to blend together. I used the black in the mouse pad to serve as the banner/page title/blurb and included the name of the site “dreck’ in the Alien’s sign.

Looking at the complexity of the image I realized that the rollover/sprite navigation would be more complicated than I realized but still completely doable. I created the alternate image with the highlighted text to show which option was selected. Additionally, I created an image holding area and sample images to go in the Alien’s sign for each of the menu options.

Again, the whole point was to create something different, something that would be fun and that people would remember, especially during hiring.

Obviously, the front page doesn’t lend itself well to displaying any actual portfolio pieces. That would be another entirely different design.

I still wanted to have a bit of the front page theme involved to help tie the two together. I decided on the Queen again and took pictures of her peering around a piece of cardstock and photoshopped it appropriately. I thought it would be a good idea to have the actual portfolio pages with as little clutter as possible. Here is the result: 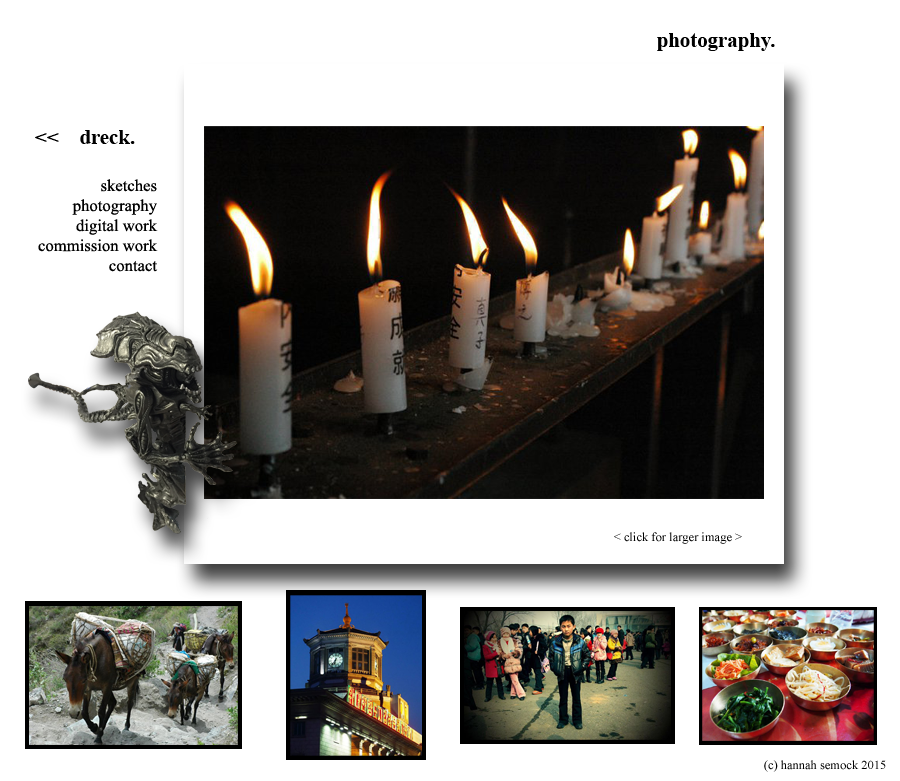